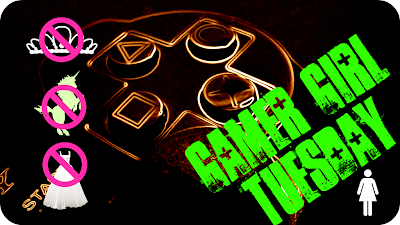 Time for my second review.  Sadly it's another hit or miss game.  Maybe eventually I'll find a game I can gush about (and if you're lucky it won't even be a Silent Hill title).

Plot:
Silent Hill: Shattered Memories is a "re-imagining" of the first Silent Hill game.  So expect some plot familiarity and some brief nods to the original.  But for the most part it's a game of its own.  You play as Harry Mason who wakes up after a car crash to find his daughter missing.  He begins to search the town of Silent Hill for her, but quickly finds that things are not what they seem. Expect typical twists in the story-line that we have come to expect from the franchise.

Unique details:
Each chapter of the game starts with a brief interview with a creepy psychiatrist.  In theory the choices you make in these sessions change the game a little, but they're really just mostly cosmetic changes.  You can apparently have one of a handful of endings, which are colored by the sessions.

Another creepy touch is the fact that this game has no combat.  At no point does Harry think to pick up a baseball bat or anything to defend himself.  You're literally running away from the monsters through the whole game.  I thought it was a neat mechanic, but the husband found it frustrating to watch me much less play it.

Gameplay and controls:
Throughout the game, you use the Wiimote to act as either a flashlight or cell phone. The game uses the speaker in the Wiimote for the cell phone, an added touch that I liked.

The controls are iffy, especially when performing fine tuned tasks, such as getting pills out of a bottle. You'll have to find your own system's sweet spot for the game and not move from it to really get good response.

While Silent Hill looks normal (well as normal as it ever does), you are safe to explore to your heart's content. There are no monsters. But once the screen ices over, the town becomes riddled with creatures that will literally sniff you out and try to kill you.

And run, and run. This was the downfall of the game for me. The ice sections are really just a maze that involves no real skill, just dumb luck for picking the correct direction to run in. You can use your cell phone gps during these sections, but you apparently can't run for your life while holding your cell phone. The third ice section was almost enough to make me quit the game completely I was so frustrated by it. 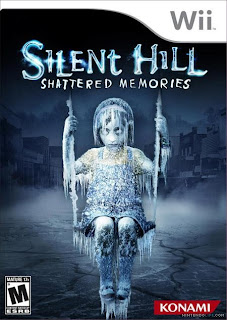 Overall:
Even though I am a devoted fan, this is a hard game for me to recommend. The puzzles are laughably easy at points, and the monster sections are maddening. However, the game still had the hallmark creepiness that all the games have had, and included a few nice touches. For instance, you can hunt for ghosts or objects full of psychic energy. When you find them, your cell phone will often ring and you'll get messages from beyond. (My favorite was a linked series of objects in the woods that traced the sad story of a girl who trusted her friends too much).

So if you find it on sale, or are dying to have all the games in the franchise, pick it up. Otherwise, give it a pass.
Posted by Witless Exposition at 8:48 PM

Hmmm. Thank you for the thoughtful review of this product. I do buy quite a bit of xbox games (favorite is Gears of War). And also, thank you for visiting my blog. I haven't gotten around to checking out the new Wonder Woman stuff but she gets reinvented about every decade or so. Doesn't surprise me.

As a huge silent hill fan I will most likely get it anyway since we just got a wii. Have you seen the trailer for the new one with the convict?

I really took issue with the idea that you could only run from the monsters and that you could do virtually nothing to mitigate the damage that they dealt to you.

I mean what kind of person runs by a bunch of 2x4's while being chased by anything (let alone crazy looking monsters) and DOESN'T pick it up. It really made the game a shallow experience to me. Granted I don't usually dig puzzles so much. I did miss the strategy aspect of the previous games which included getting by monsters without having to use health restoration items or too much ammo.

Great review- I don't play many games- but I like that you review games because then when i do manage to buy a new one I can say hey I know about that one. LOL

Nice to know, because it looks so cool.

I might pass on this one. I've played other Silent Hills and loved them and got totally creeped out by them, though.