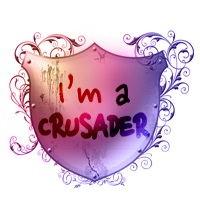 Most of you know by now that I'm part of Rachael Harrie's Platform Building Crusade.  Part of the crusade is that we're grouped with other authors that share the same genre.

I've been placed in Group 17 Horror/Urban fantasy.  So for the next few weeks, when there's not a Crusader challenge going, I'll be posting a feature with one of the group members.

Today's feature is on Elizabeth Twist, a fellow writer (with a great sense of humor) who always has a video or writing tip on her blog ready to go for anyone who stops by.  Poor soul is another crazy person signed up for Write 1 Sub 1 (but she's even crazier than me, she signed up for the weekly version!).  Come take a peek inside her brain:

When did you start writing?

Like a lot of us, I think I've always told stories. When I was a toddler, I apparently sang long, narrative stories when I was supposed to be napping. My first memorable experience with writing happened in grade three. I wrote a short piece about a talking duck. My teacher loved it. She had me write it out in super huge letters on a giant piece of paper - with illustrations! - so she could post it in a prominent place in the classroom. She told me I should be a writer. That definitely planted a seed. That was my first publication, I guess. (Thanks, Mrs. Cooper!)
Where would you say you are as a writer?

My current writing phase resembles that classic of modern film, Jaws: The Revenge: this time, it's personal. I intend to ruthlessly slaughter as many characters necessary to get where I need to be.
Context: I turned 40 this year. In the past I've occasionally had substantial periods of time to write, but life, as it does, almost always intervened. In my case I broke both my arms, got into a serious relationship, got out of that serious relationship, moved out on my own, earned a PhD in English literature, decided I didn't want to be a professor after all, and met someone wonderful. During this time I wrote some fiction, read a lot of fiction, and wrote about fiction a whole lot. A couple of years ago I got tired of writing about fiction, and remembered that what I really wanted to do was write it myself. I made a decision to drop almost everything and make a go of it. I've published a few short stories, and I am working actively on publishing more. I'm working on two novel-length projects. Despite the state of the publishing industry, I'm hopeful.
What’s your strongest writing genre? Do you often write in it? Why or why not?

I find horror the easiest genre to write. I write it often. I like fantasy and science fiction, although writing science fiction intimidates me for some reason, perhaps because of my sketchy relationship with science. I also find myself writing jokey / spoofy stuff on occasion. I try not to restrict myself within a narrow definition of any one genre, but just go where the ideas take me, whether that's a dark place or a hilarious place.
Quick, what are five of your favorite words!?!

bubonic, repellent, mellifluousness, fugiline, bloviate (not sure where those last two came from...)
In 10 words or less, sum up your current work in progress.

I've got two, so:
1. Ancient wanderer curses shopgirl with the ability to fight evil
2. Dimension-hopping fortress vs revenant army in 18th Century Canada
How would you describe your end goal as a writer?

Total world domination.
What could you not write without?
Spiritually / emotionally / financially, the support of friends and my partner (thanks, Dave!). Literally, my Rotring fountain pen.
Posted by Witless Exposition at 8:00 AM

So cool learning about all the other crusaders...especially those in group 17!

Another great profile! Elizabeth - I turned 40 this year, too. It's nice to have all those memories to look back on and know that there's still so much more ahead.

Good luck in your writing adventure!

Great idea! What a fun way to get to know Crusaders better! I also wrote my first "book" in third grade! Lol!

Doing this little interview was so much fun! Thanks for organizing this, Jessica!

Oh, this was fun! And I think you can totally handle world domination :D

What a cool interview! And such great random words, I'd love to know where you got the last two ;) I'd definitely agree about Horror!