Thanks to Elana, Alex, and Jennifer, I'm taking part in the Great Blogging Experiment today.  The topic is how to create compelling characters. With almost 200 participants today, I'm not sure I have that much to add that hasn't been said before.

I thought I'd take a look at some of the most compelling characters I've read about or watched and see what makes them so great. 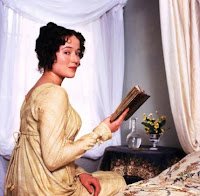 Elizabeth Bennet
Somewhere I heard a quote that I no longer can find.  It said (roughly) that every woman likes to read Jane Eyre, but every woman wants to BE Elizabeth Bennet. I think that's a fair estimation of one of the most popular and enduring heroines in Western Literature.  Let's take a look at some of the reasons she's so compelling:
If she was the pink of perfection, no one would still read and rave about P&P (how many people have you heard rave about Mansfield Park?). So with all of her flaws, but her genuinely good nature, she encompasses what a traditional heroine should be.

If you like your heroes more on the anti side: 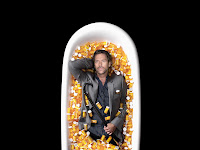 Gregory House
A pitch perfect anti-hero:
One of the reasons that we love House despite his sometimes downright despicable behavior is because in the end, he still manages to save lives.  While your character may not be dealing with life and death issues, if what he does (kill people, make beautiful music, fixing any computer problem) other characters will overlook a lot of flaws for his services.  It also dovetails nicely into flaws such as entitlement and ego.

But if you want a likable villain: 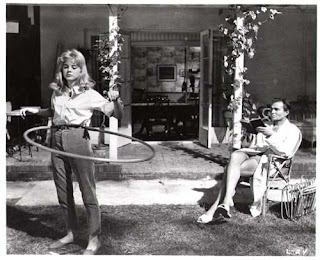 Humbert Humbert
There's few crimes more serious than the ones Humbert Humbert commits in Lolita.  On my 101 in 1001 list, finishing this novel is one of my goals.  I started reading it, got about 3/4 of the way done, and had to put it down.  The main reason I could (other than I had renewed it from the library the max amount of times) was that even though he was an awful human being, I still empathized with Humbert. The fact that Nabokov is able to do that is a testament to his skill.  So what makes Humbert Humbert so great as a villain:

Unless you're writing the pulpiest of pulp fiction, keep in mind that your villains need to have some moment of good (or at least less evil) in them, and ratchet up their IQ as well.

By using the writer's prerogative to beg, borrow, or steal from those great characters already floating around, you can one day create unique, compelling characters of our own.
Posted by Witless Exposition at 7:02 PM

Great examples! I never would've thought of Elizabeth Bennet, but you're right, she's the perfect heroine and she's obviously with withstood the test of time.

Exactly! Antagonists need some quality you can identify with just as much as a protag needs flaws. Everyone has several sides to them. Though this isn't always the case, in general it's something writers should always keep in mind when developing the characters.

You used excellent examples to demonstrate qualities of a compelling character.

These are really great examples... I had the exact same problem with you when I read Lolita. It creeped me out that I was on his side...after everything he was doing.

Wow, that was an ecclectic choice of compelling characters and brilliant.

That indeed is an awesome illustration :) I,however always wanted to be Jo March..and in my story I get laurie.not Amy lol

Hi, I'm dropping in from the blog fest. Nice to meet you. I really enjoyed your analogies (so true they are) and characteristics of a good villain. You've got a lovely blog and I'm happy to follow you.

Stopping by from the blog experiment! These are interesting examples, though I can't entirely relate as I've never read any Jane Austen (gasp, I know), haven't read Lolita, or watched House. BUT... now I feel a little bit more familiar with their characters, so thanks for the character study!

You are SO RIGHT about Elizabeth Bennett. I feel empowered by her every time I read P&P or watch one of the movies. Good choices!

@DaniSue: It's easy to forget Lizzie because she's not as flashy as other women characters, but I think it's a testament that she remains so popular even today.

@Angela and Tricia: Thanks! It actually took me a while to come up with the list. It took a few times to narrow it down to these three.

@Melissa: Sorry to add another hour to your list of shows to watch, but I don't think you'll be disappointed. I'm glad I wasn't the only one that felt this way about Humbert.

@Sweta: I love Jo! I will never understand why Alcott chose to split her and Laurie up. I like Bhaer and all, but it still wasn't 100% satisfying for me.

@Kittie: Thank you for the compliment, I think "lovely" is one of the prettiest words in the English language. Looking forward to getting to know you!

@Faith: I hope it wasn't too confusing for you! Hopefully I've triggered something for you. Don't feel bad about being Austen-less, I have several friends who are, and I still speak to them! :)

@Jen: Isn't Lizzie great? Every time I read/watch her, I strive to become more clever and witty. Maybe it'll sink in for good one day!

Remember, every villain thinks he's a hero. - so true. Oftentimes, the villain is more interesting than the hero. I love villains. Wait, that doesn't sound good, does it?

Those are all great examples!

Great ideas. Villains are so fun to hate but when you like them it really take you for a ride.

Great post and very interesting choices. And I agree about Elizabeth Bennet. Who wouldn't want to be her? :)