If you didn't follow me during the A to Z Challenge, you might not realize it, but I'm a comic book fan.  Specifically DC comics.  While Marvel definitely comes out with better live-action movies, DC has them beat when it comes to comics themselves.

Beginning this September, DC has streamlined its list of comic titles to 52, relaunching all of them back to number one.  (Check out these CNN and NPR articles for a better breakdown).  DC is also launching digital downloads of comics available the same day as print ($2.99, same price as printed) or back issues for $1.99.

This is a pretty huge deal for some of these comics that have been around since the 1940s.  There's lots of hints that there are some big changes down the pike for some of the most iconic characters in American Comics.

Now is a great time to get into the comic scene if you've been hesitant before.  Don't forget, shop your local comic scene first, but if all else fails, there's always the digital downloads if you just can't find some of these.

Here's a quick and dirty breakdown of the #1s that I've read so far: 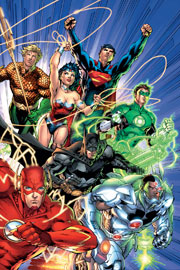 Justice League #1
This was a great way to initiate the reboot.  Lots of humor in the form of Green Lantern and angsty-darkness in the form of Batman.  From this book, we'll get to watch as the league slowly comes together one by one. 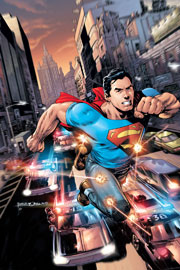 Action Comics #1
Less Truth, Justice, and American way and more attitude, arrogance, and . . . jeans?  I have to say this one didn't quite do it for me, even though I'm glad Superman is less of a boyscout than he usually is.

Artwork: 4/5--some of the faces and people were less than stellar (I'm looking at you chunky Lex), but the final climax and splash page was really good
Story: 3/5--It seemed like a lot of pomp and circumstance.  There's not really a feel for where this one will go
Potential: 3/5--I'll keep reading, if only until he ditches the jeans and work boots
Overall: 3.3/5 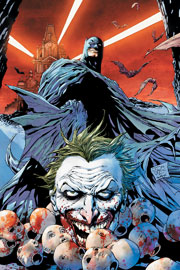 Detective Comics #1
As creepy and intense as we've all come to expect from Batman.  Warning, this one is not for the faint of heart and includes some pretty intense violence.  Not your Saturday Morning version of Batman.

Artwork: 5/5--If the ending splash page doesn't stick with you, you've seen way too much in your lifetime.
Story: 5/5--Sets up some good groundwork for later in the series.
Potential: 5/5--I'm a sucker for Batty, so I'll definitely be sticking around with this one.
Overall: 5/5 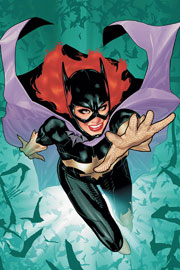 Batgirl #1
Barbara Gordon, the original Batgirl is back in action.  This caused a bit of an uproar in that for years she's been a paraplegic.  I think the switch over is handled well, and we can see that even if she can walk, she's not really fully healed yet.  Written by the first lady of comics herself Gail Simone.

Artwork: 4.5/5--After an amazing cover, some of the panels and proportions were a bit awkward
Story: 5/5--This is why I <3 Gail Simone.  In just one issue, we have groundwork laid perfectly and a really clear sense of who Barbara/Batgirl is
Potential: 5/5--I'll definitely be sticking around to see how this one unfolds
Overall: 4.8/5 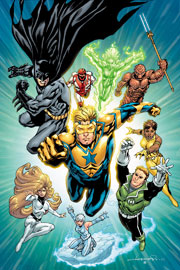 Justice League International #1
You've probably never heard of Booster Gold, and that would really hurt him.  Watch Booster (notorious fame whore) try and build an international team of superheroes.  They feel a bit like the Bad News Bears now, but with time I have a feeling they'll pull it together.

Artwork: 3/5--Standard comic book artwork.  Consistent and nice, but nothing outstanding
Story: 5/5--No centralized villain yet, but good character groundwork.
Potential: 4/5--This one could go either way, based on future issues, but for now, I'll be sticking with.
Overall: 4/5 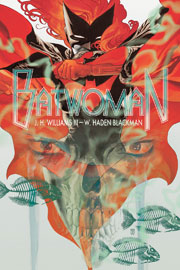 Batwoman #1
Thank God this one's out finally.  They've been teasing it for over a year and decided to hold it until the relaunch.  Before this I knew virtually nothing about Batwoman, other than she's one of the first gay superheroes.

Artwork: 5/5--At once beautiful and unsettling, the artwork in this book is completely unique
Story: 4/5--They try to fit a lot of backstory in this one, and it left me more confused than enlightened.  Good central villain/conflict groundwork, though
Potential: 4/5--I was disappointed in this one, but that may be because I know so little of her story and was left out.  I'll stick with it a bit longer
Overall: 4.3/5 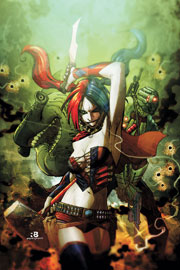 Suicide Squad #1
I'll admit, the only reason I picked this one up is because of Harley Quinn. I've always loved her crazy and really dysfunctional character. The Suicide Squad is a group of Belle Reve Penitentiary's finest, who've been chosen for only the most dangerous missions.

Artwork: 4/5--Some really intensely creepy scenes that are skillfully drawn, but then turns more standard as it nears the end.
Story: 4.5/5--Another "meet the team" book, but I found that not all the characters really interested me that much (looking at you shark-guy)
Potential: 3/5--Not digging the really sexualized Harley, but I'll stick with it a while before giving up on it
Overall 3.8/5


Let me know if any of these peaked your interest.  And since these are all monthlies, you still have time to find a copy of the first issue to catch up.
Posted by Witless Exposition at 6:00 AM

Interesting. I may have to check some of these out. Suicide Squad in particular has always interested me.

I hope you do check them out. There really weren't any of them that I'd stop reading. Hopefully they keep it up!