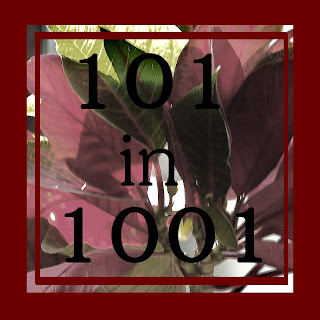 So far I'm feeling really good about my list.  I think having this list is going to help me feel more active, too.  Whenever I get bored or find some free time that I would usually just waste, I have something to shoot for.

Have you started a list?  How are you doing with it?
Posted by Witless Exposition at 12:31 PM

Email ThisBlogThis!Share to TwitterShare to FacebookShare to Pinterest
Labels: 101 in 1001, Etsy, goals, reading

I added your Etsy Shop to my favourites - even though you don't have anything for sale yet.

Thanks! I'll have to add your shop too. I've been eying some things on it already! :)

ww, that is one cute dog!