Wednesday Writer Club: Keep up the steam with Nano-Write or Die! 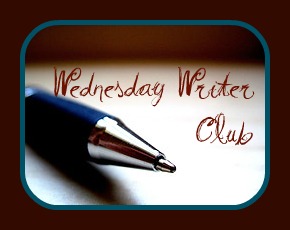 If you're on the NaNo train, you're in your second week.  Hopefully you have a good idea of what your plan is, and have been riding the wave of excitement and inspiration.

For me, the second week was probably the hardest.  I had blown through a ton of extra words, but then the second week, I started having a really hard time keeping up the pace.

One of the things that really helped me was pushing myself through writing sprints (thanks, Twitter!) and using Write or Die by Dr Wicked.

It's a simple and brilliant concept.  You set a goal (either time or word count) and begin typing.  As long as you keep going, you'll be fine.

But bad things happen if you stop.

You can set the level of intensity, from gentle reminders, to the point where your words will slowly be erased if you procrastinate.

If you need a kick in the pants and the coffee just isn't quite strong enough, give it a try.
Posted by Witless Exposition at 6:00 AM

Erasing words would cause me to panic!

Thanks for the tip. I think I'm focusing too much on the dang word count, when I'd rather focus on the story. I need to push through this week.

I fell off the bandwagon! This sounds like a good idea though. It's smart to set goals for yourself every day.

I took part in a write-in yesterday, not because I'm behind, I'm doing fine on word count, but because I FEAR losing momentum.

Fear is our largest arch nemesis. We can't let it in!

Write or Die...would that get you to finish "Taking Liberty"? :P